Hello, hello, hello. I hope you had a nice week! Mine was great, because guess what! I am on a mini holiday! But, I will not say anything else today, I will leave you hanging (yes, I am THAT cruel!) For now though, I’d like to talk to you about Prince Charles Cinema and a well-known musical I watched (or rather, experienced) a week ago. 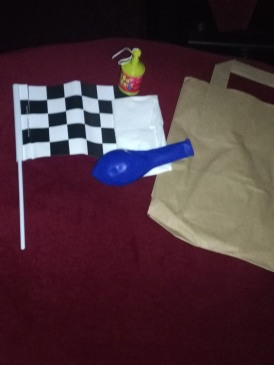 I believe that Prince Charles Cinema is one of the best in London! If you doubt, check here! Along with BFI Southbank, that organises the best film seasons, they are the best cinemas you can go to watch – and re-learn – classics. I am sure you remember that BFI did an amazing 2016 Steven Spielberg season, when they showed among others Indiana Jones, Close Encounters and others, and well Prince Charles Cinema is simply unique! 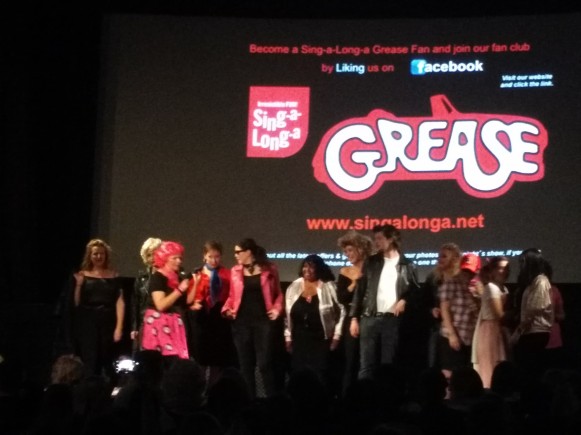 So, a week ago, I went with my girlfriends to watch Grease!! I cannot tell you how much I love the story of Danny and Santy, or the songs, or the dances or everything actually… Of course, being at PCC, it wasn’t simply just a screening of Grease! It had literally everything! A host that made us learn the moves (I can hand-jive!! I am not sure that I can include that in my CV though), some props, singing to my heart’s content and lots of dancing! There were many Santys in the room, as apparently fancy dress was desirable. 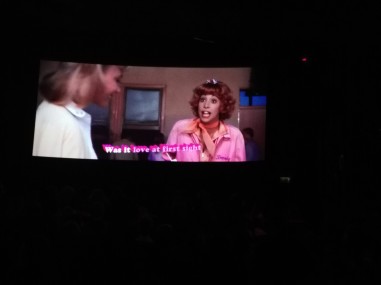 After introducing us to the basics of how to participate in each and every song, the film started. So, when “Summer Nights” started playing we sang along! Amazing right?? Same goes for all the other songs as well. In “Greased Lightning” we even danced! And now I can even dance like Travolta! Who knew?!? He looked so young and fresh in the 70s, I just wish I could turn back time in that era, when everything was more innocent and the songs actually made sense!

The entire time of the film we were laughing, dancing and joining on the fun! And with the party poppers at the end of the film, it was like the cherry on top of a fun sundae. I cannot describe to you how much I enjoyed this experience, because it’s one of these things that you had to be there to see it for yourselves! What I like the most about PCC is that people are free to be themselves and comments are not even allowed, but celebrated! Because everyone knows the film, it is so easy to start commenting on what’s happening on the big screen, and everyone’s fine with that. It honestly feels like I am home, in my PJs, watching my favourite (or not) films and comment. You can laugh at what the other film-goers are saying, and it’s not taboo to speak aloud!

Overall, I think I enjoyed the screening too much! I was laughing and singing the whole time and no-one said anything! (Take that, brother dear!) The sing-a-long event was well-organised, and I am hoping I can go to other sing-a-longs too. We need more interactiveness from our films people!! I can see on their program that they have some amazing films coming on, like The Sound of Music (I dig some Julie Andrews! I love her so much, I’d love it if she were my grandma!), Dirty Dancing (It’s Patrick Swayze! That’s enough!) and last, but not least, Moulin Rouge!! I just feel I’m breaking inside with that! If I book it though, I will have to wear waterproof mascara and carry a lot of tissues with me; it’s going to be epic!

If you look for something else, something extraordinary to do, then a sing-a-long event is precisely what the doctor ordered! You have fun, laugh, comment, and sing and dance without feeling bad about it. And if you feel like experimenting and dare to, you can even wear your fancy dress! Who wouldn’t want to dress like Satine or Maria?!?#

More info on Sing-a-longs at PCC