Hello my lovelies! I am super excited today, because I will be reviewing another film just for you. It has everything; cars, nice music, a good-looking protagonist. In essence, I think it’s one of the best films to watch along with your dad! Released in June 10, just in time for Happy Father’s Day! The film is called “Chasing Bullitt” and it is a biopic about Steve McQueen. From a first glance I found it enthralling and very interesting, as I wasn’t familiar with Steve McQueen and his personal life I have to say. However, the film afforded us with a rare glimpse into the life of Steve McQueen away from the cameras and the lights of what used to be Hollywood!

The premise of the film is simple: Steve McQueen makes a reluctant deal with his agent, that in order for him to sign his next film, his agent would have to find the Ford Mustang GT 390 that was used in the Bullitt film that got him nominated for the Oscars in 1968. This though is not an easy quest; the car was sold to another. The question is to what lengths Steve McQueen would go in order to retrieve the iconic car and repair his personal relationship with his wife. I will not be able to give you an answer to this, as you need to watch the film and make your own conclusion on the character and his choices that he made.

The film starts with an interview: “What drives you, Mr. McQueen?” Immediately after that you can see a race scene with the person in question himself, so the viewer is easily led to the fact that racing is what really drives him. Or is it? Throughout the film you watch Steve McQueen inside his car, driving, or talking to his therapist or to his first wife, Neile Adams. We see the aftermath of the disaster that was Le Mans, a disaster that was a critical and box office failure. As his agent described it “You were shooting a 2-hour documentary about a car race that no-one in America cares about!” Neile tries to get him back on track, however Steve is still reluctant. It is very interesting to see how their relationship evolves during the film, especially considering his wife’s (and his’) past infidelities and his attitude towards her.

The film is a tribute to the ’70s culture and the unique star that was Steve McQueen. Andre Brooks completely embodies the anti-hero character that Steve McQueen became well-known for in his films and this is important for the viewer to realise that he essentially was a human being with all the flaws associated with that! The way he treated his wife, when discussing (or better accusing her) her infidelity, when in some scenes before he was flirting and kissing an aspiring actress travelling to LA, even made me cringe and think that he was a bit of a hypocrite. But maybe it would be a good idea to get the perspective of the era and the times that the film is placed into. However as a woman, the idea that your husband can slap you, seems so strange (and disrespectful) to me. 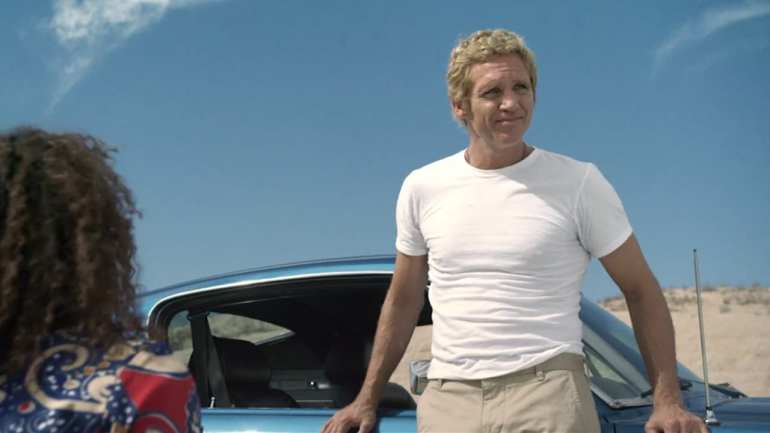 I believe that the director, Joe Eddy did an excellent job in presenting to you the ups and downs of the actor Steve McQueen, and his personal relationships with his wife and agent. Andre Brooks (Steve) and Augie Duke (Neile) have good chemistry as a couple and that shows on camera. I have to tell you that I loved the music as well! I can’t tell you which track I loved the most; it could be “Sun in my eyes”, with the desert scene at the end of the film, or “Burn it Up” or even “Wink and Grin” at the title credits. Poignant at times, giving you a lot to think at other times, I think the music department did a wonderful job. I liked that they kept the spirit of the 70s alive, and the music definitely reflects that! 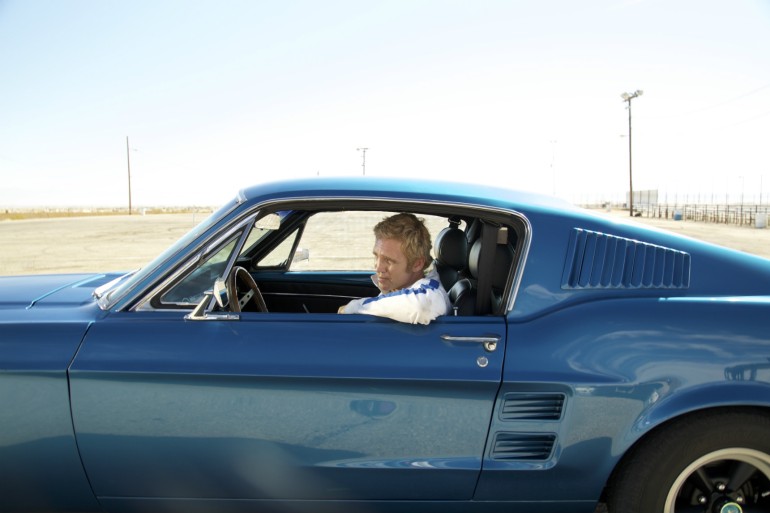 One of the most moving scenes of the film was right at the end, when journalists ask Steve what’s going to happen after all the movies end, and he replies “Probably go to Mexico”. I took this as foreshadowing of what his real life ended up to and how he eventually died in Mexico, being only 50 years old! It is truly sad to realise that in the course of the film and even sadder that he was deeply flawed and ended up being an anti-hero in his own biopic! I think that this was the writer-director’s win in this case!

I would recommend this film, if you are looking for something different to watch. I liked it, even if I hated the way Steve was treating his (first) wife!