Hello my lovely people! How are you this evening? Are you doing fine? I am sorry for not getting in touch with you earlier, but I am just relaxing after a week that I had plenty of engagements, among which was me volunteering at the London Greek Film Festival (which I am going to talk to you about next week, hihi!). It felt great to be back at Theatro Technis and meeting old and new friends alike! If this is not like coming home, I don’t know what that is. Being back there, watching all these people from Greece and abroad with a genuine interest in film-making, but also recent film-production everywhere on the world, having a first look at the awards, before anyone else (I am NOT going to say anything about that!), this is what I really enjoy when volunteering there!

However today I am going to talk to you about concerts and other cultural events taking place at the capital during summer, and oh boy are they plenty! Honestly even if you keep an agenda, you will definitely get lost trying to keep track of every single concert and other cultural events that are taking place in the next few months! I know I am confused! So, without further ado, let’s get started on these events. Some of them I will personally attend, others I won’t and what’s left I am not sure.

It feels like this year everyone and their family are going to be in London! Where do you want me to start? Michael Bublé (I love him so much!), the Spice Girls (sans Victoria of course), Mariah Carey, Bon Jovi (can I say FINALLY?!?), Backstreet Boys and Robbie Williams are some of the big names doing concerts in London this summer! Starting from Michael Bublé, who will be performing at The O2 in London at the end of next week (30-1 June) and Mariah Carey who will be presenting her Caution World Tour at Royal Albert Hall on 25-27 May, this summer is crazy awesome I have to say. Pink, BSB, the Spice Girls and Bon Jovi in June are going to make it simply unforgettable, but let us not forget that British Summer Time is coming up as well! Celine Dion, Stevie Wonder, Florence and the Machine, the one and only Barbra Streisand and Robbie Williams will do their absolute best, so that their fans will enjoy seeing them perform live at Hyde Park in July. What an exciting time time to be a Londoner! Parks and stadiums will be packed, so pick your favourite artist and enjoy! 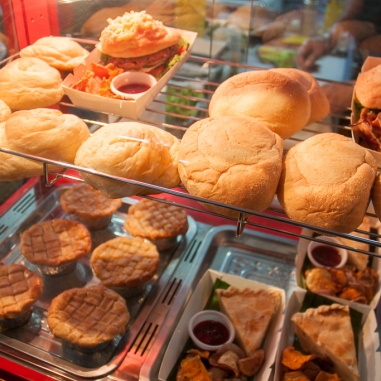 If you are not fan of music festivals and live gigs (I haven’t met a single person yet, but who knows?), what about food? I mean you have to eat, no? Catering to every taste, food festivals are the best source of inspiration this summer. From the Taste of London, taking place at Regent’s Park the end of June to the Dessert Festival that popped into my inbox, there is definitely room for everyone! The good thing is that these festivals happen all over London; from the Old Truman Brewery in Brick Lane, to the Tobacco Dock, and from Hampton Court Palace to Ally Pally and to the Tower of London in September, there is plenty of choice for everyone! I know for sure that I am going to grab my friends and boyfriend and go to a couple of them. I know I am intrigued by the Brunch Festival happening in end of August, so I want to visit it, and also I want to go to the Tower of London Food Festival, because I missed it last year. I know, I know I should be ashamed!

This is the one thing I regret not being able to attend both last year and this year! London Film and Comic Con will be taking place in Olympia this July, however I’m going to be on holiday (again!), so if any of you visit, do let me know how it was! This is a star-studded event, what with Robert Carlyle, Tom Ellis, Jason Momoa, Brendan Fraser, Gareth David-LLoyd, Joe Flanigan, Ian Somerhalder and many, many more! I am so envious of all the people who will be going there, I cannot describe it! Then, there is the MCM London Comic Con, where you can find Sebastian Stan and Misha Collins from Supernatural (if only Jared and Jensen would come, I would just faint!) MCM Comic Con will be live this coming weekend, so I hope you will have a nice time there! For those of you lucky ones, enjoy it to the fullest and I’ll try to join you all next year!

Till next time (which is going to be sooner than later),