Hey, you! Is everyone doing well? The countdown to Christmas is well underway and I’m starting to feel it! It’s the season I guess, with Christmas trees everywhere, Christmas carols and lights all around. The one thing though that spells Christmas more than anything else is cosy films in front of the TV! Honestly, a glass of wine or a mug of  hot chocolate with marshmallows, a nice film and good company is the best way to spend a lazy evening. For me, there are only 4 films I don’t mind watching again and again and they are the following ones.

Yes! This is my favourite romantic Christmas comedy. I know I’ve mentioned it before, but Love, Actually has – in my view – one of the best ensemble cast. Dame Emma Thompson, Colin Firth, the late Alan Rickman, Liam Neeson and Hugh Grant are some of the best actors starring in Richard Curtis’ lovable film. There are too many scenes I love, like the PM(Hugh Grant)’s awkward (and I really mean AWKWARD) dance or how clumsily Jamie (Colin Firth) proposed to Aurélia in broken Portuguese or even the way Emma Thompson breaks down and cries when she realises her husband is cheating on her. I could go on and on, but I will only say that Love Actually is the best Christmas romantic comedy for me! 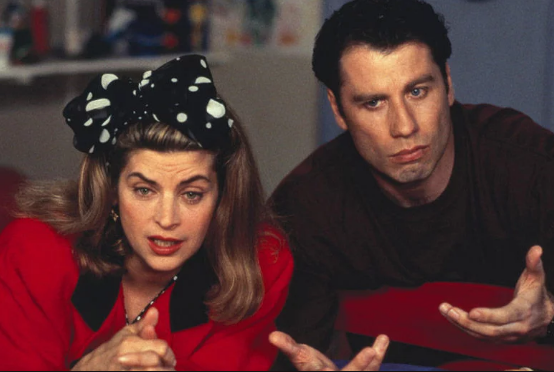 I don’t care if the film was not a box-office hit, or if it was panned by critics. It is just a sweet and mellow film to watch on a lazy Sunday afternoon with a mug of hot chocolate with marshmallows. The story may sound a bit trite, as James (John Travolta) is working a lot, while Mollie (Kirstie Alley) is a stay-at-home mum, looking for a job. James will not be able to spend Christmas with his family, so Mollie and the kids decide to “bring Christmas to daddy”. Featuring my favourite Christmas song “Please Come Home for Christmas” (I’m sure everyone remembers the Bon Jovi video with Cindy Crawford, right?), I could simply watch it again and again just for that!

“Kevin!” This is the ultimate Christmas family film. Kevin is such a charming little devil that you can’t help but love instantly. Obviously the story is not that believable (honestly, what mother would forget her kid somewhere?), but what are films if not an escape from reality? I laugh time again when Kevin “defends” his house from the two thieves and when he does all these weird little faces. Watching Home Alone is my holiday tradition, so I can’t wait to re-watch it this year as well. And being family-friendly means that I loved watching it when I was 9 and I continue to do that now!

Well if you are into Christmas, but also love gunfights, yes this is the film for you! I know that Bruce Willis himself said a month or so ago that Die Hard is not really a Christmas film, but I think that his fans strongly disagree on that! John McClane is a NYPD detective arriving in Los Angeles to reconcile with his estranged wife at her company’s Christmas party, when it is stormed by some German terrorists. It is wonderful to see the great Alan Rickman as the leader of the terrorists, and I love watching him in every single scene he’s at. Bruce Willis in the end gets the bad guys and the girl, so as an action film it scores big points.