Hello, hello, hello! I don’t know about you, but if I sound excited it’s because I am! For me, this is a great opportunity to talk to you about THE cultural event of this summer in London, which is the rock musical “Knights of the Rose”! Normally I am all about musicals, especially if they are served with a twist so to speak. I was lucky enough to attend a Frank Sinatra one in Palladium some three years ago that was simply amazing! Live orchestra, dancers and ol’ Blue Eyes were simply fantastic!

If you ask me why I picked this musical to watch, the answer is simple; in the ad poster all along the Tube, it said that it would feature songs from Bon Jovi! If you really know me, you’d know that if I cannot have the original (hear that, Jon? Please come and do a concert here”), I’d sure have the next best thing! I was instantly sold and went on home and booked two tickets for the play. Along with the tickets I also booked two VIP packages, because everyone needs to be treated like VIP once in a while! 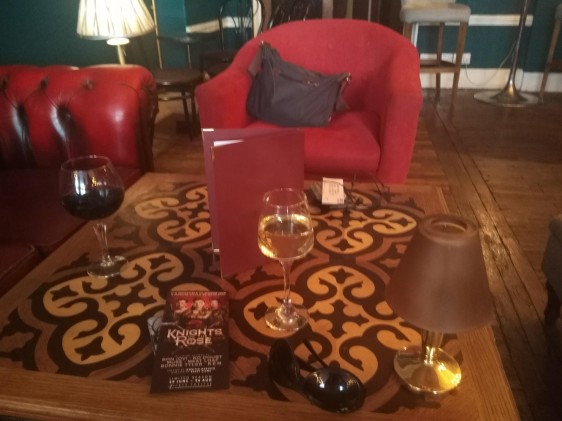 So, on a particularly hot evening (and yes, right now every evening is extra hot!), we visited Arts Theatre. For all those of you who don’t know of it, it’s right at the heart of West End, literally two minutes away from the Leicester Square Station. After getting the tickets from the box office, we climbed the stairs to the first floor, where “Above the Arts” bar is (thank God for VIP treatment!). I have to say that the place is warm and inviting and right opposite the entrance is a piano, which I was itching to play (damn you, hand!)! The staff was amazingly nice, and after we got our wine and nibbles, we relaxed a bit before the show, which was very much needed in my opinion at least! 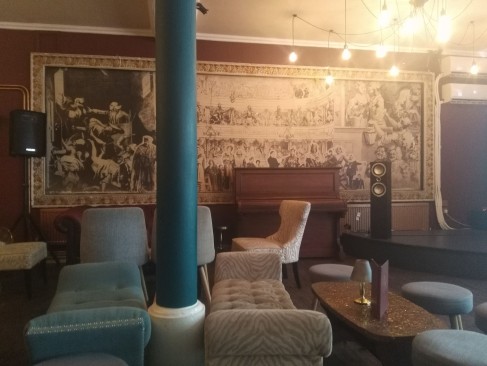 Half an hour before the musical’d start, the wonderful lady (I’m so, so sorry I’m forgetting your name!) informed us of a silent tribute to Gillian Lynne, the choreographer who died and became the first woman to have a West End theatre named after her! An amazing honour indeed!

It was time for the musical though! Without spoiling too much for all of you who haven’t seen it yet (seriously, what are you waiting for? Go, book your tickets now!), it is a modern musical based a lot on Shakespeare. And when I say a lot, I truly mean a lot! If you look at the programme, you will know exactly what I mean. But since a musical is not only about the prose, but also about the music, I will talk to you a little about the music. I think you cannot have a better opening song for this musical than “Blaze of Glory”! It was just a perfect fit! And the second song, a Bonnie Tyler one, was also perfect, with just a hint of humour! In general, the music was fantastic and managed to capture the entire feeling of the show. 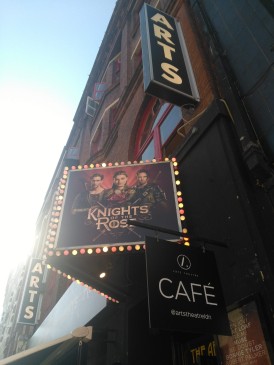 A bright point of “Knights of the Rose” was the a-ma-zing solo from the unbelievable Chris Cowley, who plays Sir Palamon! I am ashamed to say I didn’t know of him before the show, but I’ve become a fan after his performance! The only downside of the musical, in my opinion, is that resolution came too suddenly. Within such a short time, everything (and almost) everyone reached their happy ending! In my not-so-professional opinion, the show came to a resolution too quickly!

The musical will be on until the end of August, so if you are a fan of rock music, I’d definitely recommend it! But even if you are not, it has this sort of epicness that everyone loves! Sometimes when I listen to Bon Jovi or ACDC or Guns N’ Roses or any other of the classics, I feel that their songs would be perfect for epic musicals and I think “Knights of the Rose” is the answer to that! And, right now, just returned from the show and listening to “Living on a Prayer”, I finish these lines. I will bid you adieu now and talk to you next week!

Book tickets for “Knights of the Rose”